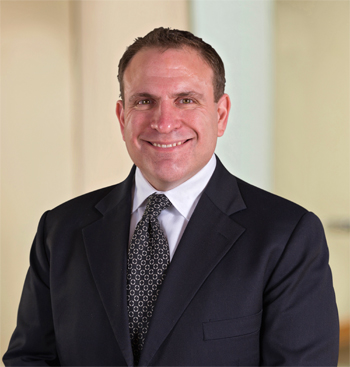 In June of 2020 the Supreme Court of Canada (the “SCC”) released its decision in the case of Uber Technologies Inc. v Heller, 2020 SCC 16.  In that case the SCC  ruled that the arbitration provisions in Uber’s standard service agreements with drivers was invalid because it was unconscionable thereby, potentially, putting into question arbitration provisions in many agreements between large corporations and much smaller parties.

In this case an UberEats driver, David Heller, challenged the dispute resolution provisions of Uber’s standard form agreement that required that any dispute between him and Uber be determined under Dutch law by way of mediation and then, if necessary, arbitration in Amsterdam under the Rules of Arbitration of the International Chamber of Commerce (the “ICC”).  To even begin such a process it would cost Mr. Heller, US$14,500 in administrative costs and filing fees, which was a significant portion of his income and would be borne in addition to any other expenses he may incur.

Mr. Heller went to court to claim that he and other Uber drivers were employees of Uber and were entitled to rights under the Ontario Employment Standards Act and commenced a class proceeding on that basis.  Uber, denying the claim that drivers were employees, sought to stay the court proceedings on the basis of the arbitration provisions which gave the ICC exclusive jurisdiction to address the matter.  The lower court granted the stay and the matter eventually made its way up to the SCC.

A majority of the SCC ruled that the arbitration provision was unconscionable and, therefore, unenforceable, which allowed the class action proceeding to continue.

The court noted that doctrine of unconscionability will apply to invalidate a contractual provision where a court finds that there was:

The court stated that there is an inequality of bargaining power when one party is not in a position to adequately protect its interests when contracting with the other.  The court also stated that there is an unfair agreement when a party establishes that the contract “unduly advantages the stronger party or unduly disadvantages the more vulnerable”, measured at the time that the contract was made.  In this case, as noted, the SCC invalidated the Uber arbitration provisions because it found them to be unconscionable.  This was particularly the case in light of the fact that the form of contract was a non-negotiable standard form contract drafted by Uber and that there was a great “gulf of sophistication” between the parties.  In terms of the fairness of the bargain, the court noted that the large up front fees that would be payable by Mr. Heller as compared to the value of any dispute and stated that “The arbitration clause, in effect, modifies every other substantive right in the contract such that all rights that Mr. Heller enjoys are subject to the apparent precondition” of proceeding to enforce such rights by way of arbitration.

As such, where arbitration provisions exist in agreements between parties of disparate size and sophistication, and where those agreements are densely worded and effectively make disputing the actions of the larger party by the smaller one disproportionally costly, It is possible that those provisions could be found to be unconscionable and the smaller party may be able to avoid them entirely.

This item is provided for general information purposes only and is not intended to be relied upon as legal advice. Informed legal advice should always be obtained about your specific circumstances.

My child is facing divorce: how do I help?

Be Careful with your Phone!