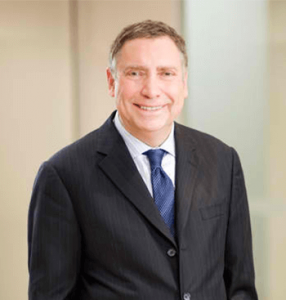 John was a consummate gentleman and intellectual and an absolutely lovely and kind person to work with. His door was always open to colleagues, and his four decades of family law experience made his advice and approach invaluable. He cared passionately about his clients and their children caught in the throes of litigation.

“John’s passing will be felt at Garfin Zeidenberg and by all who knew him for many years to come,” said Jordan N. Potasky, LL.B, Senior Partner.

John recently celebrated his fortieth anniversary of being called to the Bar as a lawyer, following his attendance at Queen’s University Law School, Osgoode Hall Law School (York University), and the University of Toronto. The anniversary was a noteworthy accomplishment. Since 1981, he has acted as family law counsel to hundreds of satisfied clients in his busy practice across Canada and worldwide. On reaching this milestone, John reminisced about his long career, “It’s been a privilege helping victims of separation/divorce and their children for so many years.”

Throughout his career, John had a marked impact among his peers, clients, and community. Upon hearing of his passing, one of his colleagues commented on his ready willingness to share his deep knowledge and experience. Another mentioned his devotion to assisting his clients in attaining excellent results for themselves and their children.

John’s dedication and hard work led to the “Get” legislation, amendments to Canada’s Divorce Act, and Ontario’s Family Law Act, designed to help Jewish and Iranian spouses obtain a religious divorce when their partners refused to consent. The Government of Israel also invited John to present this Canadian model to their Rabbinical courts and Justice Ministry officials, explaining how the Canadian innovations helped lower the number of stranded spouses escape from their abusive spouses.

The Department of Justice recently sought John’s recommendations on amendments to Canada’s spousal and child support laws. He was also a featured speaker across Canada on family law issues. In addition, he shared his expertise generously at conferences and in his writings on a broad spectrum of topics for other family law lawyers.

A talented man, John authored Religion and Culture in Family Law, Butterworth’s 1992, and a humorous work of fiction, A Calendar of Northern Fables. For four decades, he was a regular columnist on family law in the Canadian Jewish News, B’nai Brith’s Tribune, and Ontario’s The Lawyers Weekly. He also wrote for the Toronto Star, National Post, Sun Media (24 Hours), and appeared on CBC, CTV, and Global TV to comment on family law matters.

John will be sorely missed at Garfin Zeidenberg LLP and the family law bar in general.