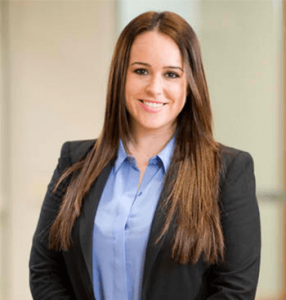 Melissa received her Juris Doctorate degree from the University of Detroit Mercy School of Law. She was called to the bar in the State of New York in 2010 and later to the Ontario bar in 2012. She is licensed to practice in both Ontario and New York.

Melissa first joined Garfin Zeidenberg LLP as an articling student in 2011.   She has spent the past 9 years of her legal career practising across a broad range of disciplines, including but not limited to estate planning, estate administration, estate litigation, family law and business law. In the course of her practice, she has appeared at various levels of Court.

Melissa is fluent in Macedonian and is a member of the Macedonian Lawyers Association.